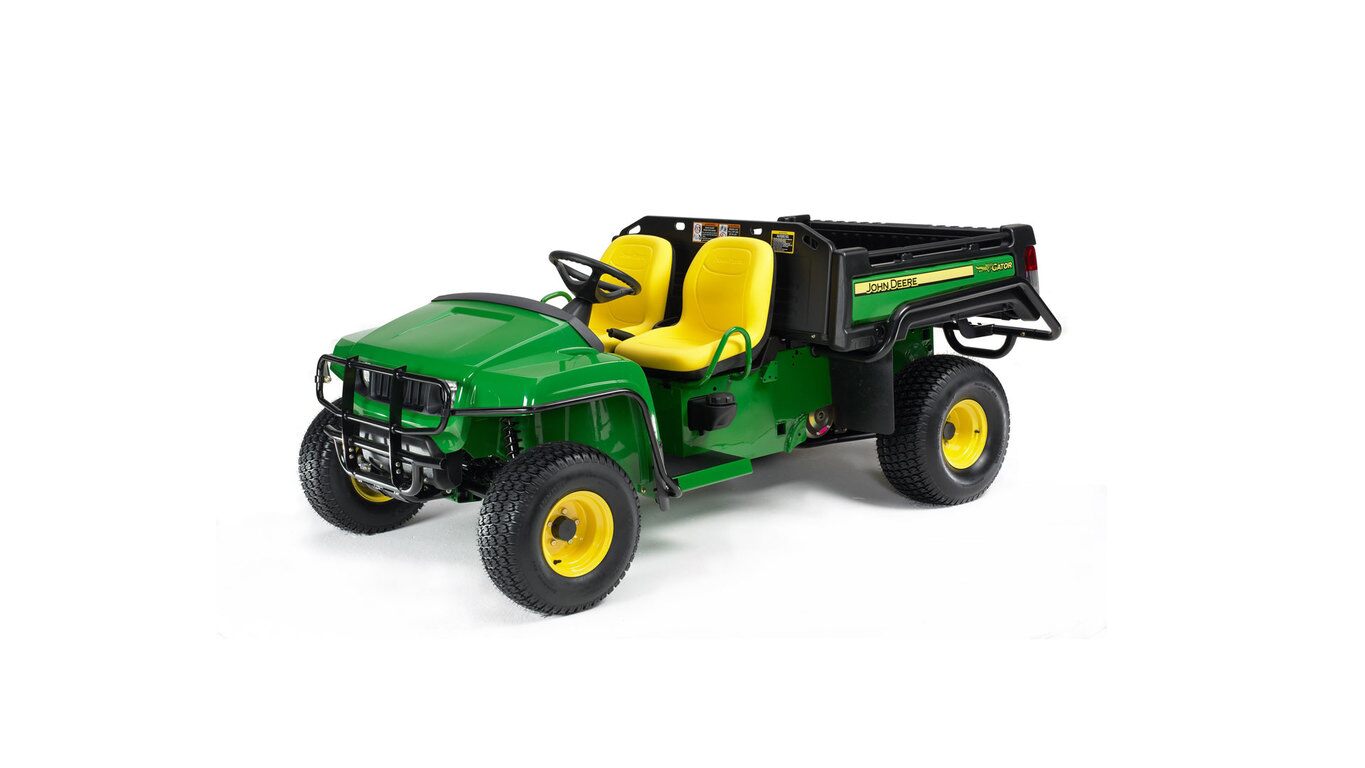 *The engine horsepower information is provided by the engine manufacturer to be used for comparison purposes only. The actual operating horsepower will be less.

On the Gator™ TX Turf, power is transmitted from the engine through a continuously variable clutch system to a transaxle and finally to the rear axle.

Key elements of the drive system are as follows:

The variable-speed drive consists of two clutches connected by a drive belt:

Adjusts speed to the load to avoid bogging down when going up a hill or through challenging conditions because the wrong gear was selected.

Clutches are tuned to provide engine braking when going downhill if the throttle remains engaged.

Here is how the variable-speed drive works:

The transaxle is fully enclosed and runs in oil for reliability.

The differential design reduces scuffing of the turf during turns because the inside wheels turn slower than the outside wheels (other vehicles that have a solid axle shaft must skid the inside wheel when making a turn).

The neutral start safety interlock is provided for the engine ignition system.

Large, sealed bearings are located inside the housing for better protection. One-piece forged axles are splined for maximum strength:

One type of flotation tire is available for the Gator™ TX Turf:

All tires offer a wide profile and are designed to be inflated at a low psi.

NOTE: John Deere recommends that all four or six (6x4 Gator™ models) tires be the same. Although the wheel and tire sizes remain the same, current tires should not be mixed with existing tires. The existing tires will remain available to service existing Gator utility vehicles.

Numerous features offer the operator and passenger a smooth, comfortable ride and provide many operating conveniences.

A 12-V outlet is located on the instrument panel.

The control location and walk-through platform provide easy entry/exit for the operator and passenger.

Compare the specifications of up to 4 models