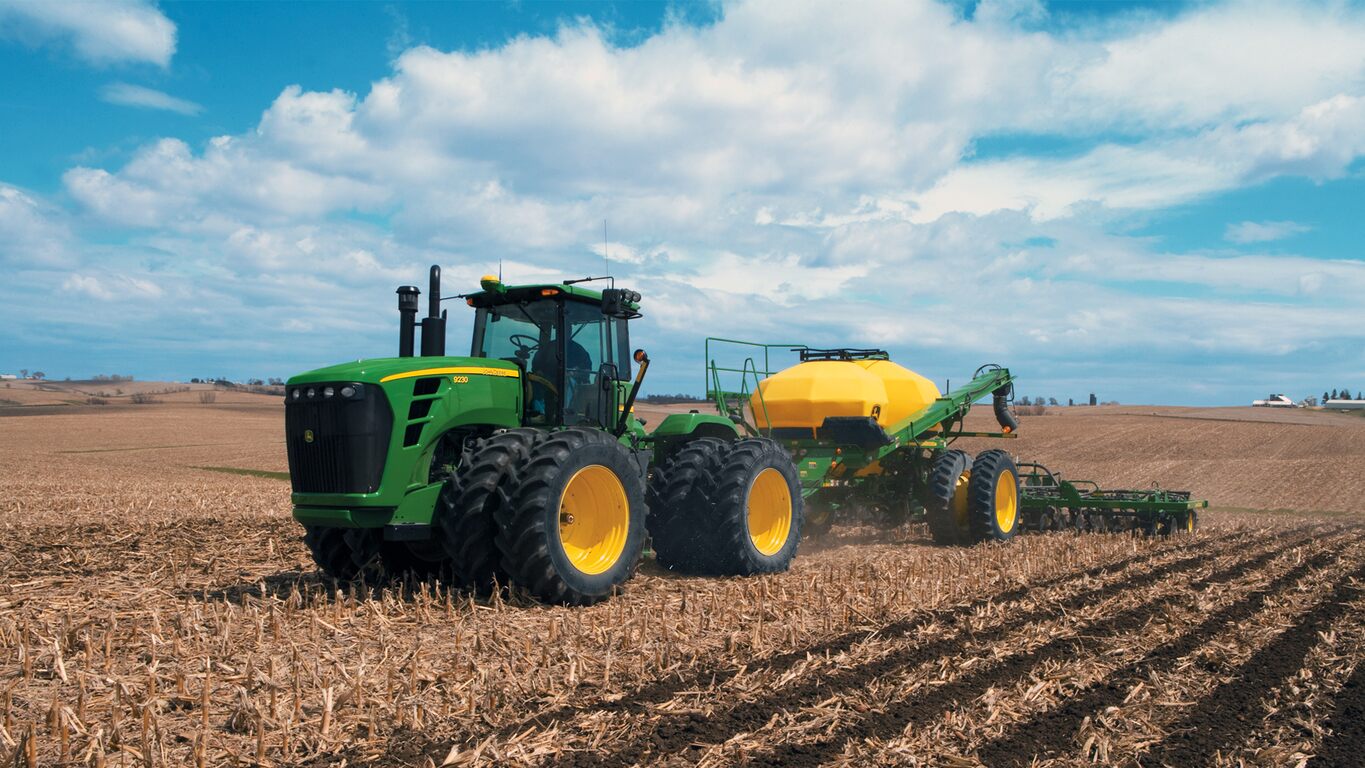 Producing more work out of every liter or gallon of fuel is imperative for boosting the profitability of farm operations. Strip till is one practice seeing significant growth due to the following:

What is strip till?

Strip till combines the soil drying and warming benefits of conventional tillage with the soil-protecting advantages of no-till by disturbing only the portion of the soil that is to contain the seed row.

This is done by tilling a strip of soil 203 mm to 254 mm (8-in. to 10-in.) wide in the fall or spring to prepare a seedbed, leaving the rest of the soil surface undisturbed.

Corn grown in a strip-till system consistently yields as well as corn grown in a conventional-till system and can yield better than no-till corn crops planted on the same date, according to research by agronomist Tony Vyn of Purdue University.

Not only is strip till a conservational type of tillage, but it also allows farmers to apply recommended rates of fertilizer in a zone from 152 mm to 203 mm (6 in. to 8 in.) deep in the same pass. A narrow knife forms a small tunnel underneath the soil, trapping the fertilizer (dry, liquid, or gas) in a zone for the next crop to utilize.

This tillage strip and placement of fertilizer is followed by the planter, in the same direction, for best crop utilization. In many situations, producers moving from conventional tillage to strip till have found a reduction in trips across the field by as many as four trips.

As with any farming practice, strip till has challenges that producers need to address:

That goal is not to be lost in strip-till residue management.

The biggest challenge is in high-yielding corn-on-corn acres. And with these acres on the rise, it is very important producers understand what goes into successfully managing residue.

In theory, the crop would be standing perfectly at harvest, and the combine would aggressively and evenly distribute residue across each and every field, which would virtually eliminate the need for adjustments to be made to the strip-till unit.

In reality, this is not always the case as down crops, worn combine parts, and varying moisture levels in the residue all play a role from field to field.

This creates a challenge to consistently manage residue in a strip-till application, because inconsistencies in the residue lead to inconsistent seedbeds, planter performance, plant stands, and eventually yields.

What does it take to manage residue?

Creating a strip that is free of residue is the first step in seedbed preparation. Producers know the challenge of slicing a thick mat of soybean residue one day, moist cornstalks the next day, and then moving into dry residue the following day. Producers must have:

See the ground-engaging and frame sections of the sales manual for more details on the key components to managing residue.

Experienced operators know there is one shot at preparing the seedbed in a strip-till application. Once the residue has been properly managed, the following components must be working together:

The ability to adjust a machine as conditions change is key to productivity and top performance. The 2510S Residue Master™ utilizes many components producers are accustomed to as well as many  innovative adjustment:

The pitch of the blades and side-to-side position is adjusted by moving hardware to various bolt positions.

The next level of frame technology has been introduced into the frame of the 2510S. Cast-steel saddle joints connect the 102-mm x 152-mm (4-in. x 6-in.) frame tubes and provide the backbone and support needed for the required speeds and loads of the strip-till unit.

A fore-aft frame depth of 2.36 m (93 in.) is unmatched in the strip-till market and provides the clearance necessary to flow residue in high-yielding corn-on-corn applications.

An adequate distance between the front coulters allows the residue to settle down before it gets to the row cleaner.

Owners and operators alike have expressed the need to reduce the time required for daily maintenance. Applicators also do not like to crawl under the machine to grease the rockshaft bearings.

The 2510S Strip Till employs a high-density polymer bearing sleeve in each of the heavy-duty rockshaft arms for the mainframe, wing frames, and rear hitch.

The poly sleeves reduce the friction, wear, and force needed for operation. The result is a maintenance-free bearing (no greasing) with increased reliability.

The three-year warranty on any 2510 covers:

All other components (disk standards, hydraulics, electronics, safety lights) and attachments, such as rear hitches, are under warranty for one year as the warranty definition has not changed. The same exclusions and administration as defined in the Warranty Administration Manual applies.

The following items are not under warranty:

Dura-Flex™ bearings will continue to have a two-year warranty.

Equipped for safe operation and transport

The 2510S is equipped for safe operation and safe transport with the following base equipment:

Compare the specifications of up to 4 models